They remain as important as ever – perhaps more important now that there are legitimate ways of self-publishing, especially electronically. They are also, some claim, one of the clearest signs of amateurism. I recently heard someone who edits for the one of the Big Six claim that “publishers know about covers”. Many authors I know dislike the front cover that the publisher has provided. The publishers defend them by saying that they know what attracts readers and they know how marketing works.

I’d actually dispute that the Big Six always get it right and that the indies and self-publishers get it wrong. Bridge House has produced some fabulous covers – including those produced by three professional artists and a professional photographer, but also some rather splendid ones produced by the partners. In fact, we love our covers so much we actually used them to produce a calendar one year.
For The Best of CaféLit 2011, we used a stock picture and only spent a few pounds. We like it so much we may well continue to use it, but with different colour ways in subsequent years. 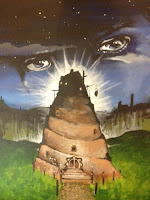 My son, one for the professional artists who has worked for Bridge House, contacted me recently. He is also a fashion designer and works free-lance. He’d been knocked off his bike and had a broken foot, so was confined to the house. Did I need any illustrations doing? As a matter of fact, I did. One Red Telephone book is just going through the publication process. He has produced the most stunning Red Telephone cover yet. One of the competition winners has produced his own cover for the book we are going to publish. Coincidentally, it is very similar in style to the one produced by my son. Are we developing a house style?
What must a cover do? It must attract and intrigue. It must be true to the content but there should be no spoilers. It’s useful if the blurb suggests certain aspects of the book and the cover supplements this or even suggests something slightly different; the latter increases the intrigue.
Posted by Gill James at 14:37