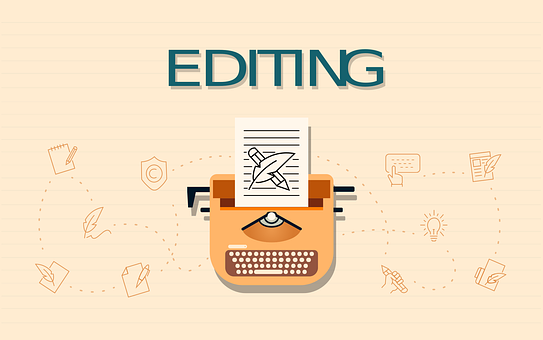 We edit and edit and edit. In my own personal writing world I always take another look at my work after it’s been rejected and before I send it out again. This is partly to do with me having grown as a writer and partly to do with the world having moved on and in particular what is fashionable in writing has changed. It isn’t even really just a matter of fashion – writing collectively gets sharper and more effective. And when I come to reading my work out in public, I’ll often edit as I go along. Again, we’ve all moved on. Texts anyway need to be a little different when they’re read out loud from the way they appear when they’re read silently from the page. And we all like doing and hearing “voices”.

Stories that are accepted for CafeLit are given a light copy edit before they’re posted. We may miss some things so it’s worth another look if the story is selected for The Best of book. Again even what might have been all right six months ago may no longer seem quite so neat.

We also publish collections of short stories by a single author. These should be by people we’ve published before and they may include stories we or someone else has already published. These are therefore stories that have either had a light touch if they’ve been on CafeLit or gone through more rigorous editing if they’ve been in one of our annual anthologies.

We also accept collections form people we don’t know if about two thirds of the stories they’re presenting have been published elsewhere. Naturally they must have the rights back.

The better the text is to begin with, the better it becomes

This is one of the biggest arguments for careful editing before you even submit. Personally, I edit my short stories at least four times before I submit. Then there are the extra edits between rejections. And novels have fourteen edits.

Editors also become more experienced as they edit so they’ll usually find something even in those texts that have been pre-edited.

It’s never-ending, but worth persevering?