The Joys- and Woes- of Technology 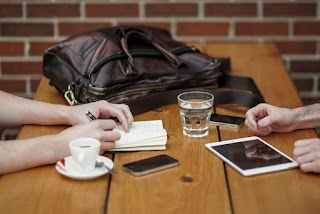 It’s wonderful isn’t it, what we can do these days with a computer? Earlier science fiction just didn’t predict it. The first time I went to Disney I was amazed that we could make video calls to reserve our restaurant tables. Now Facetime, Skype and Zoom are the norm. Because of the corona virus and lockdown we’ve been glad to have this technology.

Many years ago, when I was at Grammar School, we had a weekly lecture. Outside speakers were invited. One week we were told that towards the end of our life time we would all be living in little boxes with entertainment and education piped into our homes. We would eat, live, sleep and work in little cells. Well, it’s been happening here and there for a while but in March 2020 it really took off. It’s okay, most of the time, as long as your broadband’s working well.

When I was doing my PGCE in 1974 we were encouraged to embrace technology.  This meant slide projectors, language labs, tape-recorders, banda-machines, poor quality and expensive photocopiers and overhead projectors. Our cross-discipline cohort was frequently taught by a double act: two English lecturers who thought they were doing stand-up.

“Always check your technology before you begin,” one of them said.

“We’ll show you what we man if you’ll look at the screen,” said the other. He switched on the overhead projector. Nothing happened. Was this a set-up? I wasn’t  sure. He looked pretty stressed, actually. It turned out the power socket was dead. Perhaps the warning should be, “Always have something up your sleeve in case the technology fails.”

Like many other people, I’ve been using Zoom extensively this year. I’m quite used to it, though it has been a little irritating when they’ve made changes to the way it works just as you’ve got used to it. This is probably true of most technology, actually. But the one day it did let me down. When I was conducting a workshop where the participants were mainly people I’d not met before. As I loaded my Power Point on to the screen share, everything froze. It actually only lasted a few seconds. I didn’t have a plan B.

Sometimes one arranges events and not everyone turns up. Maybe this is technology fail.

Then there are outages. Zoom had a major one a few weeks back and was down for a couple of hours.

A few years ago I attended a conference with a colleague. We were on a panel with another lady we didn’t know. Just before our session we dutifully loaded our Power Points on to the computer in the room. The other lady did the same – and everything crashed. It was a shame as we all had lots of interesting pictures to show our audience.

We carried on regardless and made such comments as “At this point I would have shown you a picture of ….”

Oddly, we were voted the second most interesting presentation. This was in a break-out group. The presentation that won was a plenary.

So, we did pretty well actually.

I recently ordered some books for one of our writers from our Amazon KDP account. I forgot to change the address to hers. Now, you can go into the account and alter the address on the order but it wants you to put in new financial details. I kept doing this and it just wouldn’t accept them – despite the fact that it matches the ones already there. I’ve contacted Amazon and had no reply. It’s now too late: the books are on their way to me.

But it’s not the end of the world. It’s a little inconvenient but I can take the books still packaged up to the post office and send them on their way.

“Technology” really means “how to do something”. The best, therefore, is what actually works.

When I was still a full-time lecturer we were invited to a talk by someone who had won a teaching award the academic year before. We were expecting a whizzy, entertaining presentation.

The man simply moved forward so he was actually in the front row of the lecture theatre – after all no one actually sits there, especially in this particular theatre as you get a crick in your neck form that row when you look up at the screen.

He spoke to us softly and in a way that implied he know us well and understood what all the issues were. It was actually exactly what we needed at that moment. He knew his technology.

Don’t underestimate the computer in your head

Yes, we all know you should back up and back it up again. We all do it. Except that one time when were under pressure. Maybe part of the pressure is because our computer is being sluggish and we’re fighting a deadline. It is at precisely that moment that the technology fails and we lose a good chunk of our work.

At such a point I have to remember the time I wrote my own Famous Five book at the tender age of nine. I had read all of the books and needed another story. So I wrote my own. In a spiral-bound note-book. Even at that age I knew that writing is mainly re-writing and I constantly read it over, making minor adjustments.

I would even work on it as I walked along the street. Then one day the wind sprang up.  The pages were ripped off the coiled wire. They dropped into a nearby puddle. Because the story was written in ink my words just dissolved into the dirty water.

Or was it? I’d read it so much I knew if off be heart. Writing it out again gave me the opportunity to make even more effective edits.

Email ThisBlogThis!Share to TwitterShare to FacebookShare to Pinterest
Labels: technology